Till Death Do Us Visit?

I woke up this morning thinking about a t.v. commercial that I saw several years ago that I think was the greatest commercial I have ever seen. I don't remember who ran the commercial, or all of the details of it, but here is what I do remember.

In this commercial, there is an image of a very old man who is seen calling his family one by one, and asking them to come to his house for dinner on a holiday (I think Thanksgiving). One by one, you can see the family members on the other end of the phone at work and home shaking their heads "no," they just can't make it. Then, it cuts to the old man sitting at a big table eating alone on the holiday. Then, it shows the same thing happening again the following year. Then, one more year.

The following year, around the same time, we see the family members getting a call that the old man has died. We see the family members crying and devastated. Then, it cuts to all of the family coming through the door of the old man's house, and gathering in front of the "big table" where he had invited them all to come year after year. Their looks of grief are evident. Then, suddenly, from out of the kitchen, the old man slowly walks. The family is stunned. Smiles appear on their faces, and they are overjoyed! Then, it cuts to them all sitting around the "big table" eating and laughing, and looking at the old man lovingly.

What a great message! Now, I ask you to consider this, does this apply to YOU? Speaking for myself, I have family, but especially friends that, if I died tomorrow, I have no doubt they would go to great lengths to come to my funeral to "pay their respects." However, I cannot count the number of times I have asked these same friends "out to coffee" (I don't drink coffee, but you get the idea), or to get together for lunch or dinner, or to meet up at church and do something after, or come to my "small group" some night so we can fellowship, etc..., and have been told "no," I just can't make it, or, not now, but maybe soon.

I am also constantly amazed when I find out that friends or relatives are visiting my city, or are in the area, from another city or state and they don't even bother to try to meet up for a quick get-together. In addition, there have been friends that I found out are coming, and I have offered to briefly meet up with them, only to be rebuffed. On the other hand, there are times when I know I will be visiting a place where I have family or friends (i.e. my old hometown), and when I offer to meet up, they are also are "too busy." "Maybe next time."

Look, I know that life is busy, and it isn't always possible to get-together. Many don't have a lot of free time today. But, if you are one who would make the time to attend my funeral if I die, can't you make some time to get together while I am still alive? While I appreciate that you would come to my funeral to "pay your respects," it really won't matter much to me then, because I will be dead. Visiting while I am alive will be much more fun.

P.S. To those family and friends who do take the time to meet up regularly, thanks! I love you! (And, I love you who don't too, and I miss you!)

I don't know exactly why, but for quite a while now, I wake up in the middle of the night, use the bathroom, then lay back down and something comes into my head that I can't stop thinking about and it keeps me from going back to sleep for an hour or more. The other night, that thought was an old friend from high school. As I was "in the shower" just a bit ago, thoughts again flooded my mind about him, so (as you know by now) he is my topic.

"Skeet" was short for "Skeeter." I don't know how he get that nickname. I was "Bird," I because when I ran track and cross-country, I looked like a bird when it runs (because of my short legs). As I remember, we first met because we ran track together. As I talk about in more detail in my testimony, I was introverted, not very outgoing, and socially awkward in high school. I didn't have a lot of friends, but Skeet was one of them.

Skeet was a very troubled young man. His home life was a mess. I could list all of the things he was dealing with that I remember, but I won't. Skeet brought much of that into our friendship. He did a lot of crazy and dangerous things. He was the first person I ever knew who was a cutter. He would cut symbols into his skin with a sharp object. He was a drinker, drag-racer, and womanizer. He was sometimes violent. I still have a scar over my eye where he jabbed me with a pool cue because I beat him in a game (he meant to just get close, but connected instead).

However, while not exactly a good influence, he tried to be a good friend too. He stood with me when two hockey players wanted to beat me up because I was close to the girlfriend of one of them. He got me home safely one night when I drank too much. He would sneak me free food when I went to the restaurant he worked at. He would cheer me on when I was running. (One of my favorite old pictures is me running, and him screaming encouragement as I passed him.) In one track meet, Skeet, I, and two others set a Frosh / Soph school record in the 3200 meter relay. In short, Skeet was there for me when few other people were.

When high school ended, I headed off to college in another state, and Skeet moved with his family to another city. As I remember, we talked on the phone off and on a few times over the years which followed, but we were not really close anymore. However, we did agree to meet up in our old hometown when I was going to be home during a break from college. My future wife (or maybe wife, I can't remember) and I met up with him at a local bowling alley and we had a few beers while playing pool (I don't drink anymore). We talked for quite a while, but I can't remember much of what we talked about. I do remember him talking about fathering a child, and he was concerned about her. I also remember that he seemed very sad and depressed. It was nice to see him though, and as we parted, I hoped we could get together again in the near future.

I had no idea that that would be the last time I would see him. Shortly afterwards, he committed suicide.... When I found out, I don't remember my exact emotions, or how long they lasted, but I was definitely saddened. However, again as I speak of in my testimony, I was dealing with my own problems and struggles. I even had those same thoughts about not wanting to live a few times. So, my life moved on from that sadness.

Anyway, fast forward about 12 years, and I became a born-again Christian. My whole life changed, and many of my past struggles came to an end (over time). Now, I am sometimes left thinking "what if." I know that I came to Christ at exactly the time God knew I would, but "what if" it had been earlier. Or, what if I could go back in a time machine? I SOOO wish I could tell him what I know now. How Christ can totally change and transform your life. That you can have the "peace from God that passes all understanding." It is the good news that I wish I someone had told me back then.

Obviously, I can't go back and change the past. But, I can learn from it, and I can tell you.There are many people out there today just like Skeet, and you may be friends with them. Or, perhaps, you just know them casually. Or, perhaps I am speaking to you. Jesus Christ changes lives! Surrendering your life to Jesus does not mean that all problems disappear, however, you do have someone walking with you through them, and that someone is GOD in the form of the Holy Spirit. He comes to live inside of each person when they accept Jesus' payment for their sin. You can pray to Him, fellowship with Him, worship Him, and one day you will dwell with Him. He will change your life! If you want to know how to do this, please go here: here.

I had just spent several hours working on a new Bible study. I hadn't slept well the night before, so I was going to take a short n... 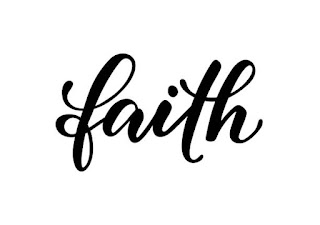 Steve Shirley
I accepted Jesus Christ as my Lord and Savior on Oct. 27, 1994 at a Billy Graham Crusade. I am passionate about studying God's Word, and share this passion with several thousand people a day through hundreds of studies on my website https://JesusAlive.cc. However, the website is not really a place to share day to day things concerning my walk with the Lord, and what He is showing me. So, that is why I am here. I am on a mission to look for God in ALL areas of my life. I know He is always there, and I don't want to miss ANYTHING. As He moves, and shows me things (including in the shower), I want to share that with you. Prayerfully, it will encourage you to look more closely for God's hand and direction in your own life. May God bless and direct the words that will follow.